“Real men giving back to the culture with the perspective and understanding of the challenges faced by children in today’s world The language for some might be strong but the message is truthful honest and long overdue Thanks to all these men for their efforts.” – 1wooddogg, 5 Star Review

Former gangster/convict and biker James McDonald, legendary gangster rapper MC Eiht, and music insider Norm Steele, bring you “The Gangster Chronicles” podcast. The Gangster Chronicles is a weekly long form conversation with everyone from gangsters, police and bank robbers, to rappers, politicians and former drug dealers. Get an exclusive look into the world of those that live their lives outside of society’s normal parameters, where the risk are high, but the rewards are astronomical.

“This show shares so much positive knowledge and intelligent perspectives. A gem in the podcast world.” – PT2000andfiddy, 5 Star Review

Step into the studios with McDonald, Eiht, and Steele as they break it down with the Tony Montana’s of the world. They don’t glorify or sensationalize these lifestyles, they simply examine the circumstances that may have influenced their decisions. Every gangster has a story and they all have a different ending.

“I really love how these 3 brothers give you game and give you truth at the same time I really appreciate what they do and how they are giving back in the community and giving black men a helping hand I really needed this podcast it helps me throughout my day.” – AJ Turna, 5 Star Review

“James McDonald, once known as the muscle of Death Row Records, now reaches out as a father figure on ‘The Gangster Chronicles.’” Drawing on his own experiences growing up without his biological father and the impact that had on his life, McDonald has made it his mission to be a “positive male role model in the lives of young men; he feels that if he can just help one individual, then his efforts have not been in vain.” In the Gangster Chronicles podcast, McDonald uses his wisdom and experience to focus on today’s youth, to “steer vulnerable young men away from gangs and street life” and show them a better way.

Podcast boss, hustler, music insider, producer, and co-host of the Gangster Chronicles, Norm “Bigg” Steele’s vision was to “launch a raw, street-edged podcast that would speak directly to the youth in Hip-Hop and address issues involving gangs and their effect on rap music.” His plans including diving into why the lyrics on most hit rap songs promote drug dealing and gang membership, as well as the “the reasons behind the carnage associated with rap music.”

Aaron Tyler, better known by his stage name MC Eiht, is a legendary gangster rapper and actor from Compton, CA. Even before the Gangster Chronicles podcast, MC Eiht used his music to highlight the brutal street life, hood culture, and lifestyle of Compton, known for decades as one of the most dangerous cities in America. “Like many urban rap artists, Eiht first experienced street life by joining a gang and dealing drugs in his teens… But after siring a son and not selling enough crack to feed his baby, Eiht came to the realization that he needed to find a new direction in life.” Like Steele and McDonald, Eiht uses his voice to champion a better future for today’s youth.

The City of Dope Ft. Too Short

Tales from the Hood

Watch The Gangster Chronicles for FREE on PODTV 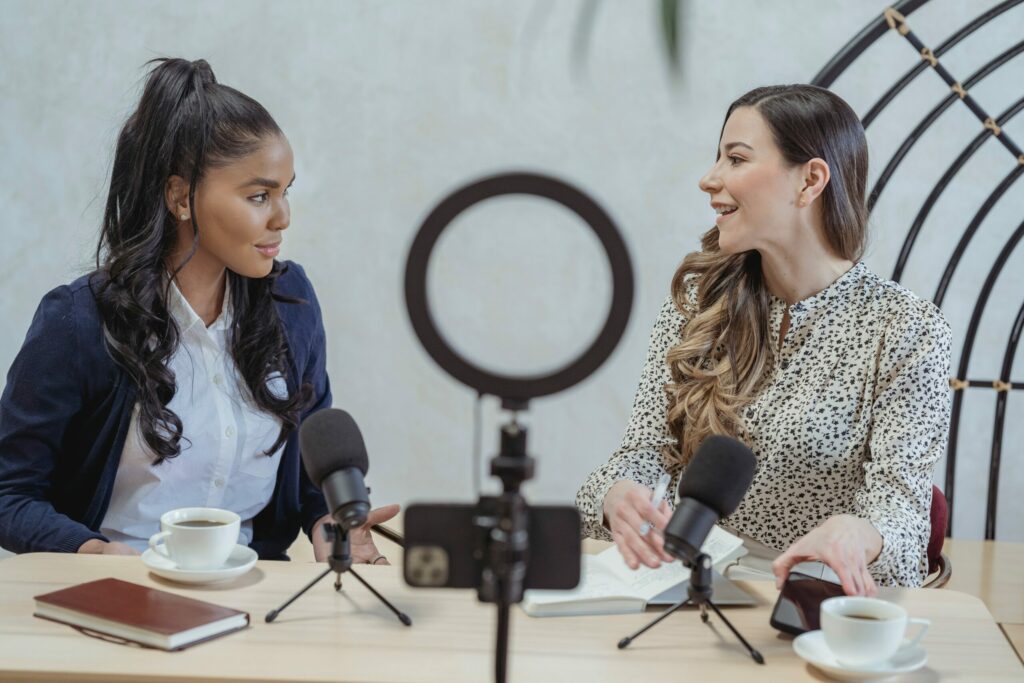